The picture below was not from the SOURCE of this article….

Dr. Christine Ford flew from California to the east coast this month to testify against conservative Judge Brett Kavanaugh.

Ford said she was afraid to fly but now we know she has flown all over the Pacific Ocean and the United States for work and vacation.

Christine Ford says she is a California psychologist but her name is not in the state database and Stanford scrubbed her bio page earlier this month.

The rest of her social media presence is still a mystery — meaning it is likely full of far left filth.

Christine Ford told Congress, the Washington Post and her far left activist lawyers she had memories of Kavanaugh when she put a second front door on her home in 2012 but photos of the property show the door was installed before 2011.

Christine Ford’s testimony to Congress was littered with lies and inconsistencies.

Of course, the liberal media once again is ignoring the truth.

John Nolte from Breitbart.com has listed the many facts that discredit Dr. Ford’s testimony and her credibility.

Dr. Ford’s allegations are not only not credible — they are ludicrous, a joke.

And Arizona Prosecutor Rachel Mitchell, who questioned Ford under oath, later told Republican Senators there is no way she would prosecute Judge Brett Kavanaugh based on the testimony by Christine Ford.

The liberal media and FOX News pundits believe this woman is “very credible.”

There is NOTHING credible about this woman, her story, or her testimony that left her dry-eyed and without need of a single tissue.

Not one thing Ms Ford has said that happened over 36 years ago can be corroborated by ANYONE she said attended this fictitious attempted rape! This very well could have happened to her but Judge Kavanaugh has said and proved he wasn’t there. If a few “moderate Republicans” namely Jeff Flake had some balls we would be having a “floor vote” next Tuesday. Now we have to wait over a week to see what trick the DIMocrats play ahead of the FBI investigation. You really think the FBI is going to be FAIR after Trump rightfully FIRED directors James Comey, Andrew McCabe and two agents?…….Papa Mike

SHE ALSO NEEDS TO ANSWER TO EMPLOYING A “CHINESE SPY” FOR OVER 20 YEARS….

Were it not for her string of ridiculous decisions, the current firestorm would never have started.

According to her interview with The Washington Post, she claims Judge Kavanaugh “pushed her into a bedroom along with his former classmate Mark Judge and attempted to remove her clothes. She also alleges that Kavanaugh put her hand over her mouth when she attempted to scream.” Judge Kavanaugh and Mr. Judge have denied the allegation. Judge Kavanaugh offered to testify under oath before he was asked to do so and denies he ever even attended the party she describes.
END_OF_DOCUMENT_TOKEN_TO_BE_REPLACED

A GREAT ( heart clogging) breakfast! About the only thing missing is a side of “white peppered gravy”

Judge Brett Kavanaugh’s nomination to the Supreme Court was approved on an 11-10 party-line vote Friday in the Senate Judiciary Committee. Yet his confirmation is not assured.

Sen. Jeff Flake, Republican of Arizona, has demanded and gotten as the price of his vote on the floor, a week-long delay. And the GOP Senate has agreed to Democratic demands for a new FBI investigation of all credible charges of sexual abuse against the judge.

Astonishing. With a quarter century in public service, Kavanaugh has undergone six FBI field investigations. They turned up nothing like the charges of sexual misconduct leveled against him these last two weeks.

In his 30 hours of public testimony before the judiciary committee prior to Thursday, no senator had raised an issue of a sexual misconduct.

But if Brett Kavanaugh is elevated to the Supreme Court, it will be because, in his final appearance, he tore up the script assigned to him. He set aside his judicial demeanor to fight for his good name with the passion and righteous rage of the innocent and good man he believes himself to be.

END_OF_DOCUMENT_TOKEN_TO_BE_REPLACED

Supreme Court nominee Brett Kavanaugh’s high school classmate Tom Kane said he believes Kavanaugh did not assault Christine Blasey Ford and claimed he would’ve found out about the incident, if anything actually occurred.

“I rode the roller coaster like everybody else. Chrissy Blasey was riveting. Clearly something bad happened to her. I don’t believe that Ms. [Rachel] Mitchell’s cross really gave us any clear answers,” Kane said on CNN’s “New Day” Friday. (RELATED: Democratic Sen. Dick Blumenthal Says Kavanaugh’s Past Drinking Habits Are All ‘Fair Game’)

Kavanaugh and Ford testified Thursday in front of the Senate Judiciary Committee.

“And then enter my friend Brett Kavanaugh and he brought the energy we needed,” Kane said. “To my mind he put down every charge one by one. The who, what, when, where, why was clearly addressed and it reinforced what I already knew — that he’s just not capable of doing this. To the day I die I will believe that he did not do this.” 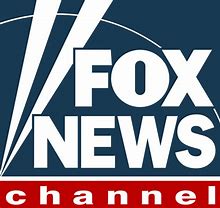