Oluwakayode Adebusuyi, a 26-year-old man from Nigeria, allegedly raped an intoxicated woman in her car, according to ABC 7 News. He is an illegal immigrant from Nigeria, the 8th one in Montgomery County wanted for rape or sexual assault since the police were ordered to stop helping ICE.

NEW: Police say 26yo Oluwakayode Adebusuyi raped an intoxicated woman in his car.

Per ICE, the Nigerian native is living in the U.S. illegally.

This is at least the eighth undocumented immigrant charged with rape or sex abuse of a minor in Montgomery County, Md. since July 25. 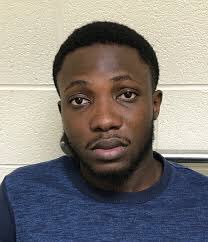 This is not the first time Adebusuyi has been in trouble with the law for sexual crimes.

He was charged with a second-degree assault, a fourth-degree sex offense, and false imprisonment in August 2018, according to arrest documents obtained by ABC 7.

For some reason, the charges were dropped.

Marc Elrich, the County Executive is the problem. These are people captured since his sanctuary order came down in July.

The “Promoting Community Trust Executive Order,” prohibits county police officers from asking about a suspect’s immigration status and bars police from working with…