Critics asked ‘Who the hell is in charge here?’ in reaction to the viral moment

By Joseph A. Wulfsohn | Fox News

President Biden raised eyebrows on Thursday as he began taking questions from reporters for the first time since the Kabul terror attacks.

Hours after two suicide bombings outside the airport that left at least 13 U.S. servicemen dead, Biden broke his silence and offered a somber message to the nation amid the military withdrawal from Afghanistan.

While it has become normalized for the president to rely on a list of pre-selected reporters, he made a rather stunning admission in the process.

“Ladies and gentlemen, they gave me a list here. The first person I was instructed to call on was Kelly O’Donnell from NBC,” Biden kicked off the press conference.

Joe Biden says that he “was instructed to call on” specific reporters for questions. Who is calling the shots here? 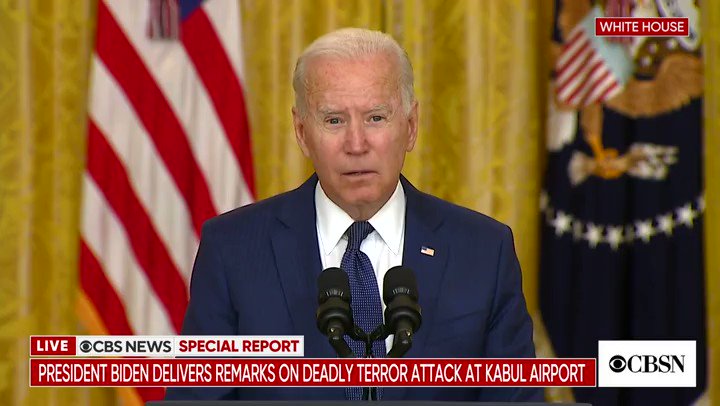 Among the others called from the list were Reuters correspondent Trevor Hunnicutt and Associated Press reporter Aamer Madhani, who was ridiculed for his softball question that invoked the memory of the president’s son, Beau Biden.

Biden then appeared to go off-script by calling on NPR correspondent Franco Ordoñez, RealClearNews reporter Philip Wegmann and he even sparred with Fox News’ Peter Doocy.

However, the press conference was overshadowed by the “instructed” remark, which became a viral moment.

“What is going on?” BlazeTV host Jason Whitlock reacted.