Donald Trump is “compromised by the Russians”, a former member of Robert Mueller’s investigation insisted on Sunday, contending that the president is “incapable of placing the national interest ahead of his own”. 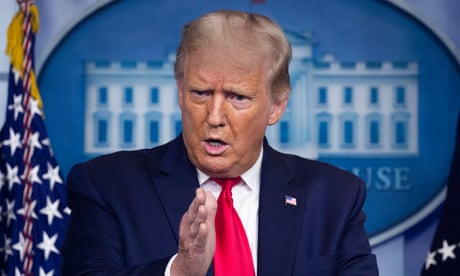 Peter Strzok was removed from the Russia investigation and fired by the FBIover text messages which were critical of Trump. He has now written a memoir, Compromised: Counterintelligence and the Threat of Donald J Trump.

Speaking to NBC’s Meet the Press, Strzok echoed many reporters and observers who have pondered the president’s behaviour towards Russia and Vladimir Putin, saying he thought Russia’s hold on Trump was based on financial interests and liabilities arising from the president’s pre-politics life in real estate.

“I think when you take a look at the Trump financial enterprise, particularly its relationship with Russian monies and potentially those related to organised crime and other elements, that those interactions have placed him in a position where the Russians have leverage over him and are able to influence his actions.”

Strzok also said “it is not without exaggeration that there is no president in modern history who has the same broad and deep connections to any foreign intel service, let alone a hostile government like Russia”.

Mueller, the special counsel appointed after Trump fired FBI director James Comey over “this Russia thing”, did not establish a criminal conspiracy between the Trump campaign and Moscow as Russian interfered in the 2016 election in the aim of assisting the Republican candidate.

But Mueller did hand down multiple indictments and secure convictions of close Trump aides, while laying out extensive contacts with Moscow and multiple instances of the president appearing to attempt to obstruct justice.

Trump has claimed vindication, attacking Mueller, Strzok, the FBI and the Obama administration which oversaw the beginnings of the Russiainvestigation. He has consistently claimed “no collusion”.

Strzok told NBC he “concluded the opposite”.

“Mueller was focusing on violations of the law,” he said, “and the standard to be able to establish in a courtroom that something occurred is very, very different from the standard that a counterintelligence expert or an intelligence person would look at and judge whether or not that caused them concern. 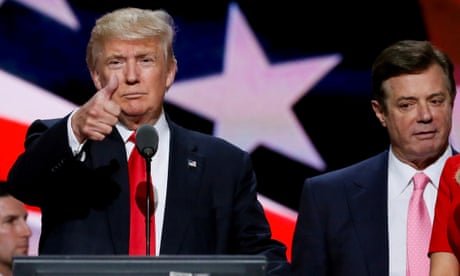 “When I read the Mueller report, and certainly when I looked at the recent bipartisan Senate intelligence committee report, almost 1,000 pages, laying out all of these areas of intelligence connections between Trump and his administration [and] his campaign and Russia, that’s extraordinarily concerning from a counterintelligence perspective.”

Trump, Strzok said, is “surrounded by people who have a pervasive pattern of contact with the Russians, and not only contact, but contact that they’re hiding.

“Look at 2016, his campaign manager [Paul Manafort] who pled guilty and was dealing with people affiliated with Russian intelligence services; one of his foreign policy advisers who lied to us about his connection to the Russians and pled guilty [George Papadopoulos]; his former national security adviser [Michael Flynn] who didn’t tell the truth to me and who pled guilty twice to not telling the truth about his contact with the Russians.”

This week, former New York mayor and Trump personal lawyer Rudy Giuliani said he was not aware an associate in his attempts to leverage scandal in Ukrainian politics for Trump’s domestic gain – attempts which helped get Trump impeached – was a Russian agent.

“Look at that pervasive pattern of contact,” Strzok said.

The text messages which led to Strzok’s dismissal – and his emergence as a bête noire of Trump and his supporters – were exchanged with Lisa Page, an FBI lawyer with whom Strzok was having an affair and who eventually resigned.

“I certainly regret sending the text messages that were absolutely weaponized and used to bludgeon the work of the FBI, the work of the special counsel,” Strzok said. “I’ll always regret that. But at the same time, the way that those were weaponized was unprecedented.

Roger Stone to Donald Trump: bring in martial law if you lose election

Strzok is not the only former member of Mueller’s team who has written a book. On 29 September, the prosecutor Andrew Weissmann will publish Where Law Ends: Inside the Mueller Investigation.

Announcing the book in July, he said he was “deeply proud of the work we did … but the hard truth is that we made mistakes. We could have done more.”